Around Limoux, 10 mn south of Carcassonne, the countryside invites to savor the harmony.

In Limoux the carnival plays mystery, satire and intimidation.
The carnival of Limoux was celebrated for the first time in 1604. 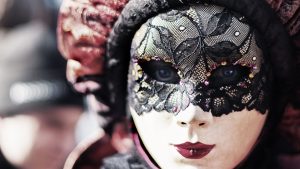 However in 1957 three official bands emerged around the the committee of carnival.

Originally 3, hence they are currently 32 and share the days of parade.

Nowadays from january on (the exact date changes every year) and during 2 months the natives from Limoux and inhabitants related by the secret of their « bande » meet up to dress in costumes, to participate every end of the week at the three daily parades with an officiel calendar of every bande defined by the Committee of Carnival.

2 bandes parade on saturdays and one on sundays.

Every end of the week three bandes danse to the rhythm of traditional music under the medieval arcades around the « Place de la République ». The carnival of Limoux is considered as the longest carnival of the worlds.

It’s up to you to come and discover the magic of the Carnival !