Around the castles and abbeys

The large number of castles is witness of the rich local history in Aude.

They dominate the landscape with their imposing stature and their architecture.

Each of them played an important role throughout the centuries.

Discover the chronicles of these monuments on a guided tour and delve into french history. 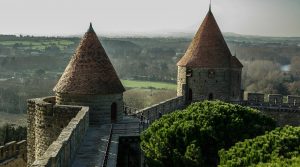 The Cité of Carcassonne

There are nearly ten centuries between the construction of the first defenses and the achievement of the exterior enclosure which made this fortress impregnable.

Recognised as a UNESCO World Heritage site in 1997 the Cité of Carcassonne is a beautiful example of a fortified medieval citadel with its 52 towers and two concentric enclosures.

During your wandering you could admire the Castle of the Counts of Carcassonne, the Basilica of Saint Nazaire, the Lices and the Gate of Narbonne. 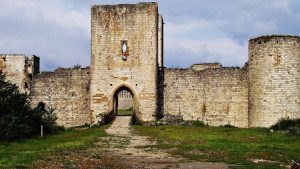 This cathar castle at the top of a hill overlooking the village and its lake is probalby one of the best preserved castles. It was a stronghold for music. In 1170 the elite of the Troubadours of the Pays d’Oc met at the Castle of Puivert. They refused to submit themselves and ended up in the hands of Simon de Montfort in 1210 after three days of siege.

The architecture and the highly original feature make the experience even more pleasant. 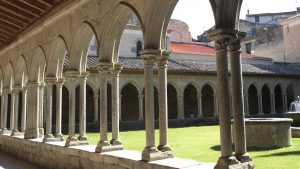 The fortified abbey is from the 8th century. The abbey’s Romanesque church borders the magnificient monastery of the 16th century.

In 1531 the monks invented the Blanquette here. 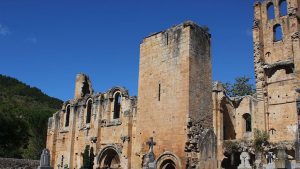 A Benedictine abbey whose origins we still don’t know. It was probably founded in the 9th century.

The abbey was destroyed in 1577 and never been rebuilt. The ruins preserve some interesting pieces, such as the front door, the capitular halle, the monastery walls.

You can take a walk through the perfectly preserved medieval village.

2 sights
2 lunches
1 dinners and night in a hotel, domaine or castle
1 breakfast
2 visits of vineyards